Located in the heart of the Netherlands, Utrecht University is firmly founded on tradition. Since it’s foundation in 1636, Utrecht University developed into one of Europe’s largest and most prominent institutes of research and education. In the organisation of the university’s teaching and research, quality is the key.

Mens sano in corpore sano (1637) – In the 17th century the lawn game Pall-mall, known as Malie in Dutch, was very popular among students. In fact, it was so popular that the university and the council created a dedicated alley for the game, the Maliebaan, the first example of games being important for Utrecht students and scholars. 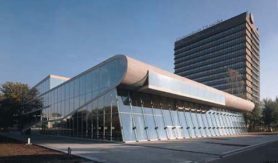 The Level Up conference took place in one of the most famous buildings of the Netherlands, the Educatorium, designed by the famous architect Rem Koolhaas and completed in 1997.

In it’s Strategic Plan for 2012-2016, Utrecht University has opted for a more focused research profile to link academic excellence and fundamental research to a social mission. One of the 11 research focus areas is Game Research.

Today, games play an increasingly important role in economical, cultural, and societal sectors. Games allow users to practice, play, experiment, research, and learn in a safe and motivating environment. The Utrecht Center for Game Research reinforces and expands the scope, quality, volume, and impact of the research at Utrecht University that is related to games, gaming, game technology, and gamification.

The research focus area will bring together all Utrecht-based groups involved in gaming research or education. The centre will serve as a bridge between disciplines such as computer science, the humanities and the social and behavioural sciences. This will allow for the development of new methods and techniques through joint research on the social relevance of games and cognitive models with the potential to contribute to realistic game characters and learning objectives.

One of the research groups that participate in the Utrecht Center for Game Research is GAP. At GAP we examine digital games as well as the role of play in our contemporary culture. We do not limit ourselves to games and their surrounding culture as such, but also want to view games and play from the larger viewpoint of cultural transformation. We are witnessing a “ludification of culture” in which our (social) identities have become progressively more playful. 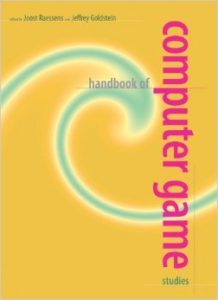 Games and playing increasingly saturate other cultural practices, both in terms of content and use. Playful and gaming perspectives can be found everywhere from traditional media like film and television to new media like mobile technologies and social network sites, as well as in the growing emphasis of learning through games. These cultural and medial changes form the focal points of our research.

GAP regularly organizes international events dedicated to sharing expertise about the study of computer games and other forms of digital play. An overview of our publications – such as the Handbook of Computer Game Studies (The MIT Press, 2005) – upcoming and a selection of past events can be found on our website.